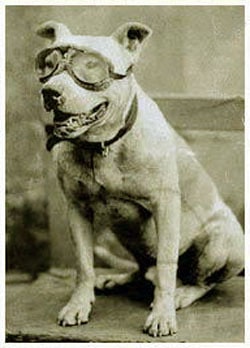 What are “pit bulls”? In honor of National Pit Bull Month

Pit Bull is a general term that covers a few breeds of working dogs that were bred with bulldogs and terriers:

Pit bulls originated in England, and sadly, were used for bloodsport. Bulldogs types were bred with terriers then released into a “pit” for various forms of fighting. Which is how the term “pit bull” came to be.

Although “pit bulls” were bred for fighting, their breeding made them intelligent, loyal and kind, so when English people immigrated to the United States they brought their pitties with them to work and be family pets.

Pit Bulls were used for herding, farming, and even watching the kids!

In fact, pit bulls were so loved in the United States that they were used as a symbol of American pride.

Take a peek of some of our historically famous, and loved, pitties.

Pit bulls used to be known as “the nanny dog”. While there is no evidence of this, and children should never be alone with any type of dog, it is true that they have always been loyal members of the family. 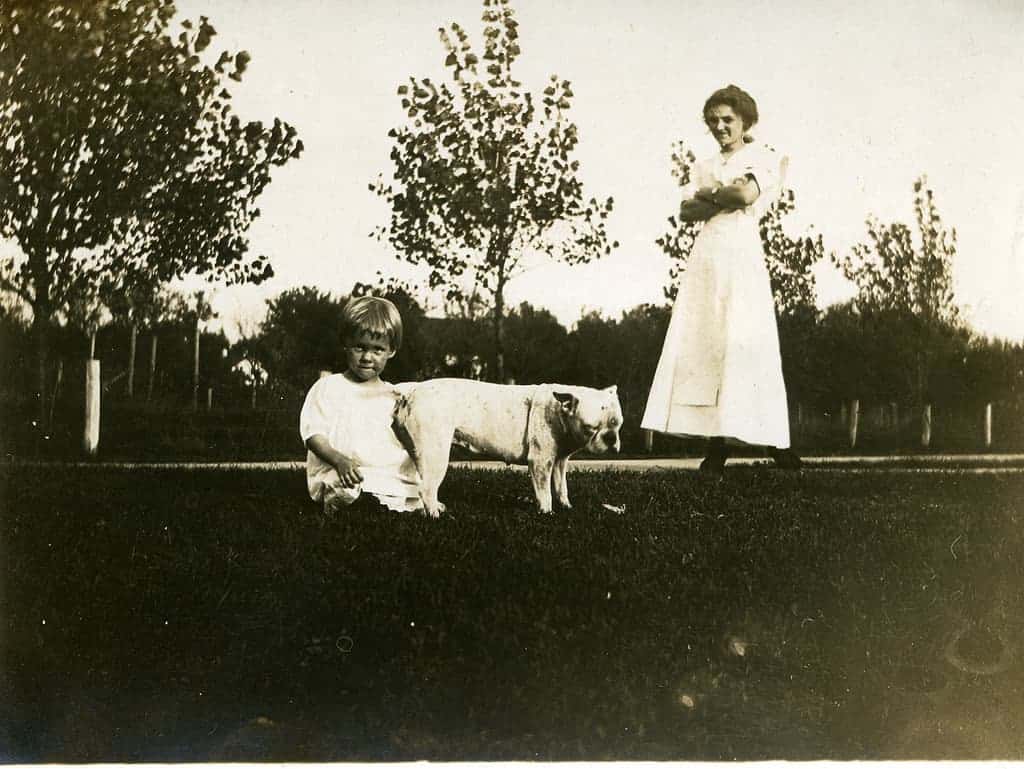 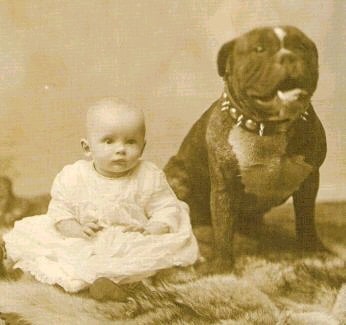 Pit Bulls and the military

Pit Bulls were used to represent the USA on WWI recruitment posters.

They were used in the military too. The most well-known was Sergeant Stubby, the most decorated war dog to have served.  Sergeant Stubby warned his troops of incoming attacks and even held a German soldier captive. His jacket and medals are on display at the Smithsonian. 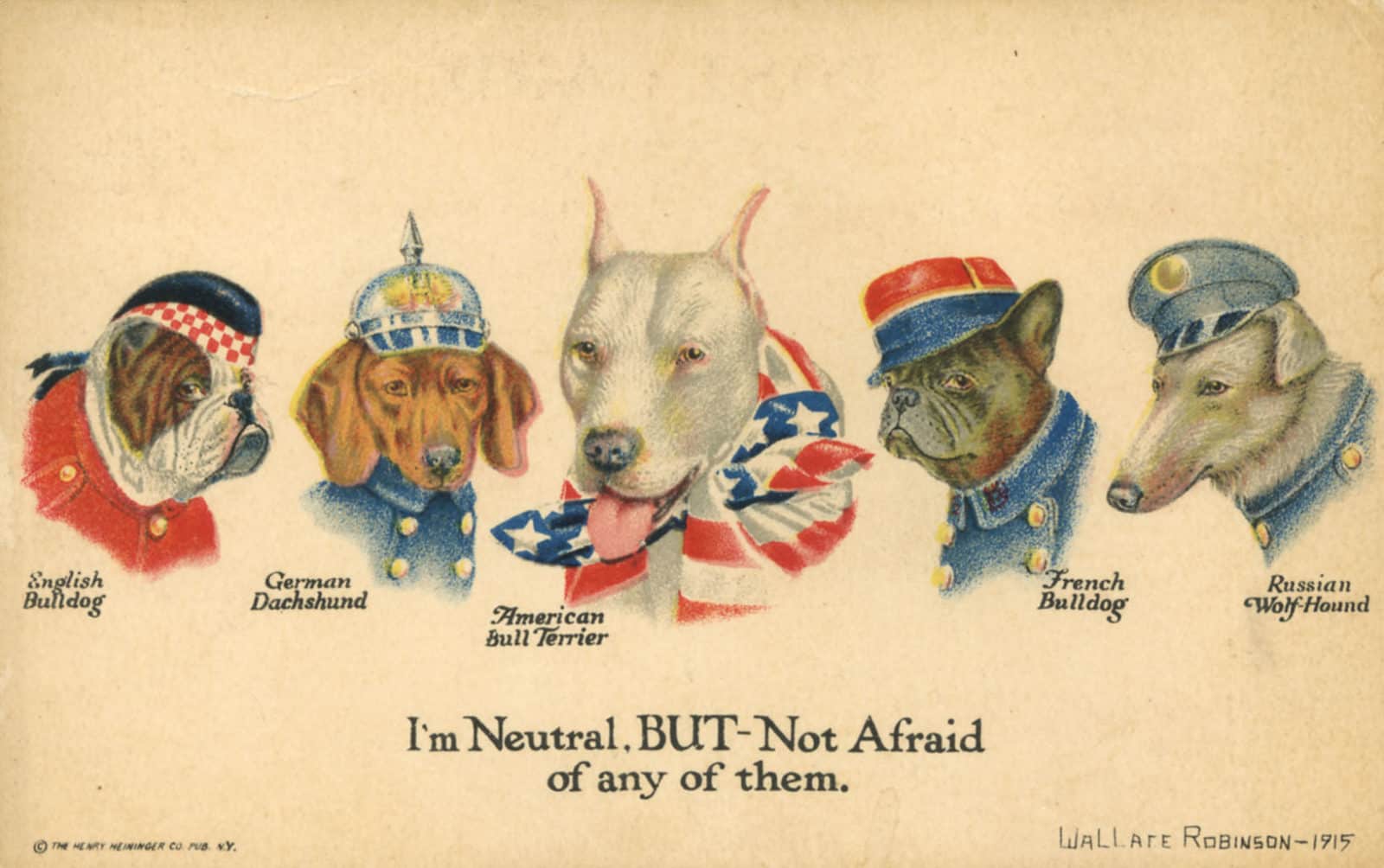 A pit bull was on the first cross country road trip

Did you know the first dog to ever drive cross country was a pit bull? His name was Bud. A man named Horatio Jackson bet his wife that a car could make a cross country trip. You have to remember at this time very few people owned cars. Horatio has wanted a dog companion and met Bud in Idaho and bought him for $15. Bud became the mascot of the trip, even a celebrity. Since the car had no windows Bud got his own special pair of goggles which are on display at the Smithsonian. 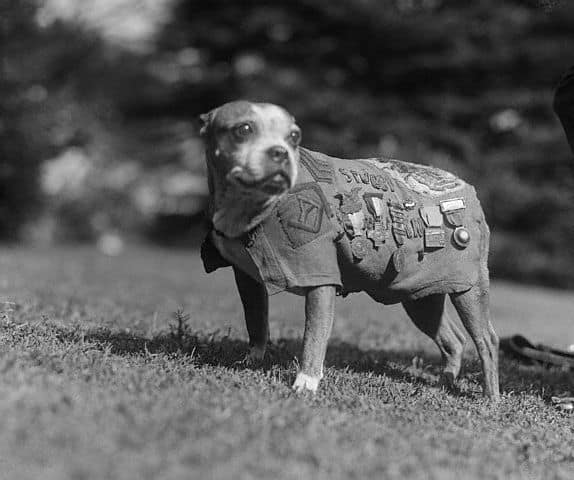 Petey has to be one of the most famous dogs of all time. His real name was Pal the Wonder Dog, and he had a partially discolored circle around his eye. Makeup artists filled it in an that’s how the famous dog got his trademark circle making him one of the most recognizable dogs in history. 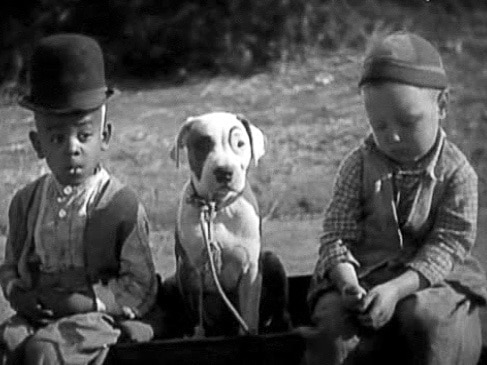 Keller with one of her dogs, Sir Thomas, or as she called him, Phiz. Phiz went with Keller to lectures at Radcliffe and would wait with her until class was over. 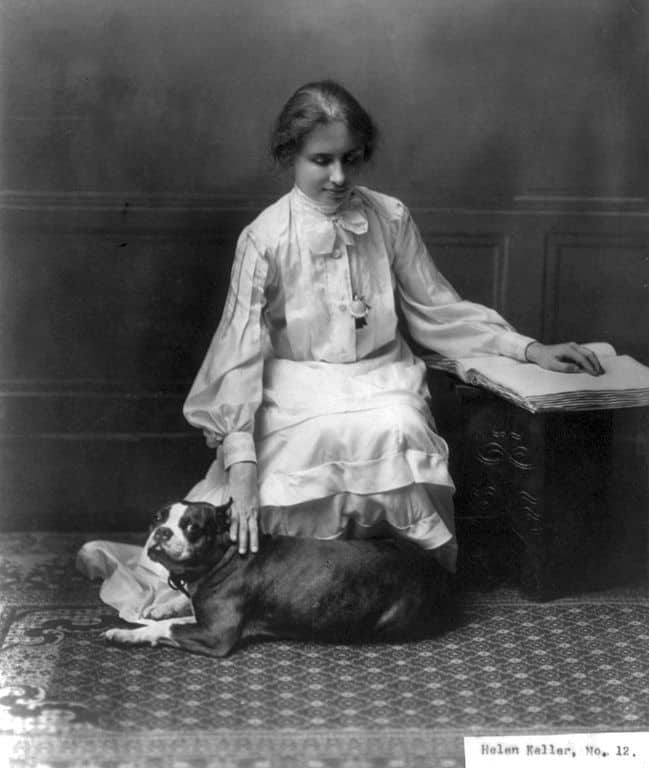 Other famous pit bull owners include: